An Interview with Brandon Schwartz

You are here: Home1 / Blog2 / Interviews3 / An Interview with Brandon Schwartz

An Interview with Brandon Schwartz 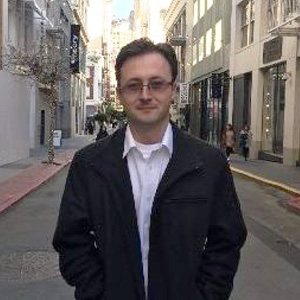 Brandon is self-taught in online marketing and programming. He started by freelancing during the Great Recession following his graduation from college in 2010. After that he held a series of advancing positions for legacy publishing companies attempting to diversify with online advertising revenue. He originally planned to leave the industry in early 2018, claiming frustration with the lack of job security available with legacy media companies, but got called back by former clients. He’s been completely self-employed at Boomajoom for almost a year.

Micah Fisher-Kirshner: How did you get into SEO and how long have you been doing this?

Brandon Schwartz: I started in 2010, somewhat by necessity. I’d set up websites before as part of school projects and as a hobby for years. In the summer of 2010, following my graduation from college, I read an article in Business Week that said companies were hiring for internet marketing despite the economic downturn. Since unemployment for my demographic sat around 32%, I decided to pick up the skill. I set up my own website, read everything I could find, then got myself to rank for important phrases in Google. With that initial success, I was able to win a couple of freelancing clients which eventually led to a full-time position with an established company.

Micah: The grittiness you set yourself towards to find a job during the hard times is inspiring, what are some of those reads that helped get you down the path to ranking those initially important phrases?

Brandon: The Beginner’s Guide to SEO at Moz helped a lot. I followed Moz into a few industry news sources. I’m more of a book person though, and I found Search Engine Optimization Secrets by Danny Dover to be very helpful. Once you read a handful of things by talented people, you develop a sort of mental litmus test for everything else. That helped me identify what not to read later on.

Brandon: For me, it was (emotionally) an easy transition. I’d held several sales positions so I was used to fluctuations in income. I’d also been at risk of layoffs and downsizing multiple times (once which resulted in seven months of unemployment in 2015) so I knew what worst case outcomes looked like for me – they’re never as bad as we fear. I have more direct influence over my and clients’ outcomes than I ever did before, and I can make changes quickly to adapt to new conditions.

While I miss having co-workers I see on a regular basis, the trade-off is well worth it.

Micah: Folks have spoken previously on our blog about SEO scams. What kinds of things have you seen?

Brandon: I had a client who paid around $30,000 for an SEO program, over an almost two year timeframe. They were with a national competitor of mine and after doing some digging, I discovered that the company was running similar programs across the country. A ballpark estimate put revenue for them on these SEO programs at about $20 million a year.

Most scams tend to be run by small, unknown shops, but others can be pretty systemic. As odd as it might sound, I prefer to work with victims of these kinds of scams. The work tends to be interesting, and once the client realizes I don’t run programs that way trust and retention are very high. Someone at a BAS meetup told me the churn rate for their SMBs was around 50%; I churn less than half that.

Micah: What advice would you give to a small business owner who’s not familiar with SEO on how to avoid SEO scams?

Micah: I’m surprised those certification or guarantees for first place scams are still going strong after all these years, have you seen these evolve or is it that there is so many people still unaware of these kind of tricks?

Brandon: I don’t know how much they’ve evolved, but I have seen them coupled with money back promises. A very large national competitor likes to prod sales people into saying that there’s a special relationship with Google and that they’ll refund money for SEO if the customer doesn’t rank (and then they rank the customer for terms no one searches for). Customers have litigated this. It’s a fun time. An attorney client of mine likens it to certain insurance companies that over-bill. They might end up litigating 1% of the cases, but the profit from the 99% more than makes up for it.

Micah: What kinds of SEO work do you prefer?

Brandon: Fixing people’s programs after they’ve been burned by a scam. These clients have already been through a few people by this point, so they have a good grasp on pricing and the work that’s involved. Once they trust you, turnover is incredibly low since they remember how hard it was dealing with the people who burned them previously.

I also like any work that gets me thinking about search and information retrieval generally. I’m actually launching a paid consumer application, hopefully at the end of the month.

Micah: What made you get involved with BayAreaSearch?

Brandon: I live outside the Bay Area. I knew Dan Leibson (LocalSEOGuide) from college, and by extension was connected to Andrew Shotland on LinkedIn. That was the extent of my network, outside of a long litany of sales people. There were a handful of product folks at different companies I crossed paths with, but I doubt any of them would be able to pick me out of a crowd. There’s a lot of value in meeting new people in the industry.

Working in legacy media as a sort of subject matter expert is a double-edged sword. It builds confidence since you are looked up to by senior peers for having background and training they don’t, but a lot of colleagues let it get to their head; they’re big fish in small ponds. It’s important to walk into a room and be the junior ranking member again.

An Interview with JL Faverio