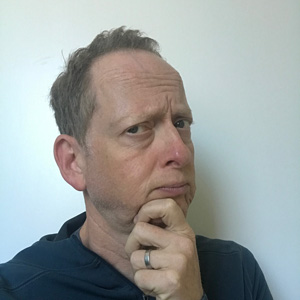 Micah Fisher-Kirshner: How did you get into SEO and how long have you been doing SEO?

Andrew Shotland: I got into SEO in 2003. We had just started InsiderPages.com, an early version of Yelp, in LA and were getting about 3,000 people a month coming to the site via various promotions. I was doing Biz Dev & Product, meaning anything that needed to be done on a given day.

One of our board members suggested I check out this thing called “SEO”. There were a few agencies that had SEO services I found via Google and referrals so I asked for RFPs and they all came back at like $100K and it was totally unclear what I was going to get for that. None of them would tell me exactly what they were going to do. Someone recommended I talk to this guy in North Carolina who knew this stuff. I paid him a few hundred bucks and he told me some stuff which you could boil down to “update your title tags and add more internal links”. We did that and pretty quickly 10x’d the traffic.

Then we went national and went almost overnight from about 30k visits/month to over a million. It was pretty insane and we kept trying stuff and it kept growing. Based on our growth we were able to raise money from Sequoia and Softbank. We were pretty much the Silicon Valley poster child at that point.

Then we decided to redesign the site to make it look better for users and we lost nearly all the SEO traffic overnight due to a duplicate URL issue I didn’t quite understand at the time. I figured it out but that was pretty much the worst week of my career. Shortly after that our investors decided to sell the company to CitySearch and I was out of job.

The day I lost my job I happened to be having drinks with the new head of Product at LATimes.com. He was all excited about this new redesign he had been working on. I said “Let me tell you a story…” After he chugged his wine, he asked if I would do some SEO consulting for him and they became my first client.

Micah: What would you say your strengths (or preferences) are within the SEO field?

Andrew: I think my key strength as an SEO consultant is that I have been in my clients’ shoes. I like to tell them I have f***ed up SEO royally so they don’t have to. I see it when we interview job candidates. People who have had their jobs on the line because of SEO problems tend to do well, I guess because they understand the consequences.

Of course, if you’re looking for specifics, I’d like to think there are few SEOs out there who have the experience of having worked on many insanely complicated billion-URL media and ecomm sites combined with crazy multi-location, Google My Business problems. And my team is pretty spectacular too. They have some deep GMB knowledge that comes with spending way too much time with that crazy beast.

Micah: Who inspires you in the SEO space?

Andrew: My inspirations are in no particular order:

Mike Blumenthal – There is no one out there who has spent as much time as Mike trying to figure out what Google is up to in the Local space. His interest and generosity are legend.

The Screaming Frog guys – In an industry littered with tools, these guys took a very different approach and created what is one of the simplest, most indispensable SEO tools out there. I can’t think of another SEO tool I use more other than Google itself.

There are so many other great SEOs sharing their knowledge that I am loathe to name check them as I will inevitably leave some of them out so just go wander through my Twitter “Following” feed at https://twitter.com/localseoguide

And honorable mentions go to three of my favorite writers/thinkers on the Web who are always inspiring:
@gruber
@benthompson
@jkottke

Micah: Why did you start your own company Local SEO Guide and what’s it like running your own agency?

I found I was good at figuring out SEO problems and how to get organizations to use SEO strategically. I did it on my own for several years as I was kind of gun-shy about having to deal with co-workers after years of working in dysfunctional environments.

After a few years I realized I was going to need some help making the donuts and hired an SEO Manager. About four years ago I decided it was time to build a team so we could do more than just audits, training and troubleshooting. Dan Leibson joined me as our VP of Search and we have now grown to 8 people.

I really enjoy having a team who are all focused on great outcomes for our clients and ourselves. And it’s really fun to watch them grow as they experience some of the crazy stuff I got to see over the past decade.

Micah: What advice would you give a mid-level SEO to advance their career into the top tier?

Andrew: If I were a mid-level SEO exec today, I’d consider starting my own consulting business. I imagine they already have a few side hustles anyhow (and if not, get on it!) but if you can make it as a consultant and you enjoy the work, it’s the best way to get a variety of SEO experiences and be in charge of your own destiny.

Of course I am biased, so if you want to stick with the corporate thing, then I recommend you figure out who cuts the checks, then figure out what SEO play you can run that shows huge upside, even at a small scale, then show it to them. And show them Bill Hunt’s post on the cost of not ranking.

Use SEO to get experience in a related field that you think is cool and might present future opportunities. For example, Dennis G, Airbnb’s old SEO, spearheaded the “Wall & Chain” campaign in order to get experience with “big” marketing campaigns.

Micah: If you had a say, what factor would you wish to modify/add/remove with Google’s algorithm and why?

Andrew: The one that asks me to verify that I am not a robot. I have probably lost a few weeks of my life to that thing since I started SEO.

Micah: Why are you personally helping to build BayAreaSearch?

Andrew: I got involved with BAS because I have always enjoyed the popular regional search marketing groups like SEMPDX and MNSearch and I was kind of stumped as to why Silicon F***ing Valley didn’t have its own search marketing association. There are tons of meetups but nothing quite like those other groups.

And after attending a few of the initial pre-BAS events, it occurred to me that this group of people could be the group. And there was such a great opportunity for education and networking. But mostly I was into it because it would give me an excuse to go into the city on a weeknight (I live in the burbs these days) :slightly_smiling_face:

Micah: Thank you Andrew and best of luck in your continued SEO career!

Background by President Micah Fisher-Kirshner: We’re doing a series of interviews with local SF Bay Area SEOs (starting with the board) as a launching point for future blog posts. If you’re an SEO in the SF Bay Area and would like to be interviewed, please contact us here.