An Interview with Mark Munroe

You are here: Home1 / Blog2 / Interviews3 / An Interview with Mark Munroe

An Interview with Mark Munroe 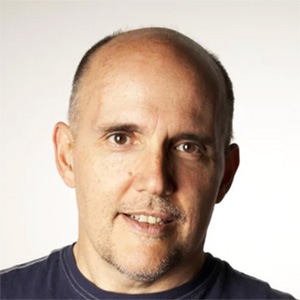 Understanding that there’s a rather daunting list of things that need to be verified when a site update is published, Mark Munroe set out to build SEORadar, a disaster monitoring service that checks for over 100 distinct site changes and warns users when something goes amiss. We had the privilege of sitting down with Mark to ask him some questions.

Micah Fisher-Kirshner: How did you get into SEO and how long have you been doing SEO?

Mark Munroe: I have been doing SEO since 2004.  Previously, I had been in Network Management as a Product Manager.  After the big dot.com crash back in 2002/2003, it seemed like everyone was out of work in the Bay Area, including myself and my wife.  It’s hard for people to imagine now, but the tech sector was decimated back then.  I ended up acquiring a franchise called WSI to build websites.  I would meet with SMBs, define what they needed and WSI would build the sites. At least that was the idea. That didn’t work out so well!   However, I became really interested in SEO.  I spent many hours on Jill Whalen’s forum and also the now defunct ihelpyou.com forum run by Doug Heil where the lively and contentious discussion was generally white hat vs. black hat.

I decided to start marketing SEO services.  My first real SEO project was www.breezerbikes.com and they were 100% frames.  I remember the excitement of seeing them rise to the first page for ‘folding bikes’.  Wow, this stuff works!   And then, somehow I was able to grab a gig figuring out why Wine.com had been de-indexed for 12 months ( they had accidentally triggered a penalty).   From there, I went in-house to SideStep (later acquired by Kayak) and basically stayed in-house at various startups and big companies until I left Trulia to start SEORadar.

Micah: What would you say your strengths (or preferences) are within the SEO field?

Mark: I love technical SEO, running SEO tests and analyzing cause and effect in the SERPs as well as developing and acting on an SEO strategy for a new website or startup. I  also love building web products which always pushed me into SEO/Product Management roles and eventually into building my own product.

Micah: Who inspires you in the SEO space?

Mark: I am inspired by the people I have come to know through my network over the years doing great SEO work in-house or independent.  That includes our board members and so many members of this organization.  I rather not mention names for fear of leaving somebody out who belongs on the list.   It particularly inspires me to see people who start as junior SEO and grow into experts and then teach me stuff!

Mark: I started SEORadar to build the product I wish I had when I was in-house.  Understanding site SEO performance is tough to begin with.  Understanding  SEO performance without perfect knowledge of what changed on a site is so much harder!  We built SEORadar to provide that visibility.  Nobody changes my titles or deletes my canonical tags without me knowing about it!    Starting my own company is by far the most difficult thing I have ever done.  Running a small startup means you are responsible for many things outside your comfort zone.  You need expertise in so many areas!  I always recommend bringing in a co-founder to share the pain!    However, by far, it is the most rewarding thing I have ever done.  Giving a demo and hearing people say ‘wow’ us incredibly gratifying!

Micah: What advice would you give a mid-level SEO to advance their career into the top tier?

Mark: Work on a large dynamic site with many thousands or millions of URLs.   JS/Single Page app, PWA, AMP, adaptive mobile, React – the more complex the better.  Run tests and be careful with your conclusions.  There are no perfect SEO tests but that is not an excuse not to test.  Build up your trusted network with organizations like this one! Don’t be shy about discussing issues and questions.  No one person knows all the answers in this field.

Micah: If you had a say, what factor would you wish to modify/add/remove with Google’s algorithm and why?

Mark: Googles Panda algorithm is now part of the core algorithm but it has always broadly affected a site or subdomain.  When I see entire sites get degraded I still suspect Panda.  I’d like to see this function at a more discrete level (a page level).  Why punish the bad content and the good?

Micah: Why are you personally helping to build BayAreaSearch?

Mark: The Bay Area needs a world-class networking group.  The first few informal meetings showed the passion people in the area had for such group.  It’s great for learning and networking and simply fun for us to get together.  This is our tribe!

An Interview with Dani Owens
Scroll to top